Day XIX - "Nice bannock. Could use a little more concrete, though..."

- Sam finding the “Indian Head” on the cliff (at least we think he did)
- Being on the water before 11h00 (10h45, but still...)
- The water as still as a mirror and the ludicrous cliffs in the morning
- Emily and Nick dumping in mysterious circumstances
- Having lunch in a derelict fishing lodge and the lunchtime anecdotes that included...
... A bottle of St-Émilion on the table (well, someone’s got taste)
...The rock-hard and yet partially raw bannock that met all the expectations I had when I saw it being cooked yesterday and the debate on the distribution of food
... The creepy 2nd floor I expected to find a dead body in
... The random display case with a statue of the Virgin Mary inside
... The surreal decaying boathouse with hundreds of dying butterflies on the porch and strange animal noises inside that alltogether looked like something Dali could have painted that I found on my way to pee.
- The continuous CIs
- The “poorly shat (mal chié)” set
- Screeing in the dunes in mid afternoon
- The clay war between Hayley, Nat and I
- The quicksand that greedily swallowed one of my Keens and nearly got away with it
- Cool conversations with Nat
- The pimped out fishing lodge where we met Liette (and a guy named Jacques and Molly, the small Pomeranian)
- Confessing to Liette that we stole chives and rhubarb from her and her telling us that we didn't even need to feel bad about it
- The weird heli pad indications (see diagram)... what is DRH supposed to mean? Is this some kind of UFO landing code or something I might get me to be stalked by men in black for the rest of my days? - “Lucky” Luke and his injured ankle (THAT IS WHY you don't try to do 360s, as the guy with one arm in Arrested Development would claim) 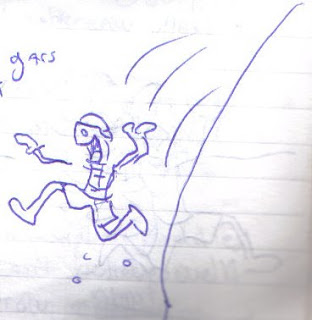 - The glorious return of the black spruces (because of the sand dunes)
- The moose and its two calves we surprised along the river in the last kms (or was it the moose that surprised us?)
- The awesome, awesome curry... we've come a long way since day 3. Way to go, children. 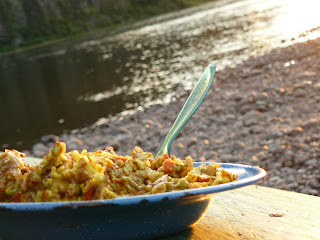 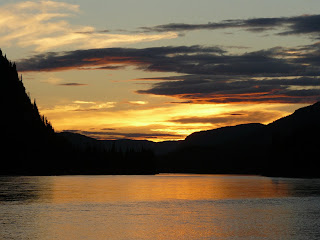 Random thoughts:
Irises and wild leeks… same thing?
The useless bag… before I forget how we ironically named it
We have two maps left. Almost done!
Reznick and his pimped out canoe… yeah sucka! God that kid is ridiculous...
The boys making bread for the first time and ending up with chapatti soup I won't even dare to classify in one of the food groups instead of legitimate bread
The girls giggling as they are playing "president" in their tent
Low on potatoes… how the fuck did that even happen?!?! Marcus must have been secretly shooting them up on his trips to the washroom... 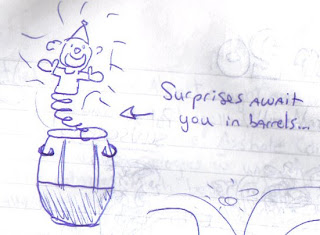