Did you ever wonder if it was possible to take 4 hours to get ready in the morning? Maudit verrat qu’ils sont lents!!! Ok, I must admit it wasn’t entirely the kids’ fault, as we took a while to get a fire started with white gas and we had forgotten to get a lunch ready, but still. 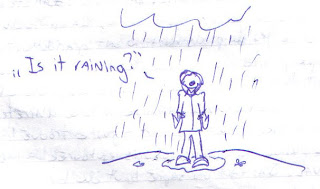 Our Canada day was started off with the firing of the spud gun, followed by delicious paddler's breakfast and by the most exhaustive river morph session I’ve ever attended due to the threat of lightning. It seems to have worked, though, since everyone did very well in the 2 sets we ran today. Scouting was difficult since the water was high and numbingly cold. Actually, it would be better described by "the water was like being slapped in the face with a shovel". There are animal tracks everywhere in the woods, printed in the 2 inches of moss that cover everything: moose, deers, unidentified animals stalking moose and deers (now that’s a little scary), bears… 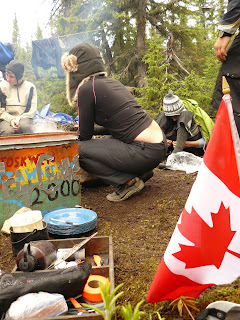 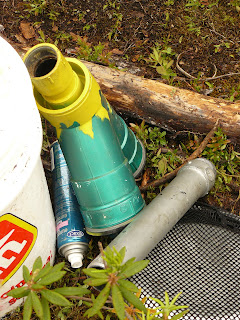 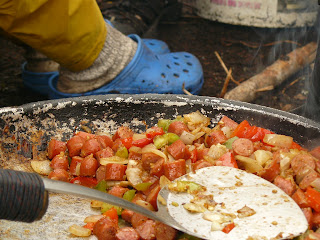 The campsite is a little scary, not only because of these tracks, but also because of the shreds of torn plastic all over the place. It's the second night in a row that our campsite somewhat looks like a horror movie set, mostly because of traces of human presence.

We paddled all day through narrow, windy river. We stopped in a swampy and buggy area to gulp down the potato salad. 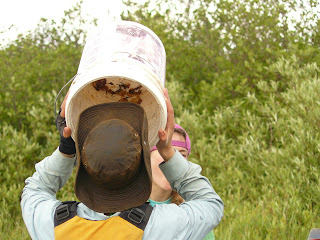 I like the kids.
We caught sight of a moose that hadn’t smelled us until we turned the corner. Majestic animal.

Our campsite is weird. I smiled and thought of Cam Baldassara when I saw all the mossy patches. As the Rogan Josh was cooking, a jam session was improvised. 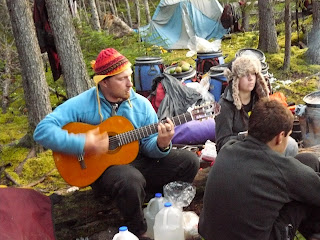 Our tent spot kind of sucks despite the thick layer of moss. I can’t believe I spent so much time camping without a therma-rest. 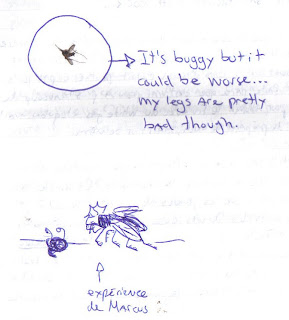